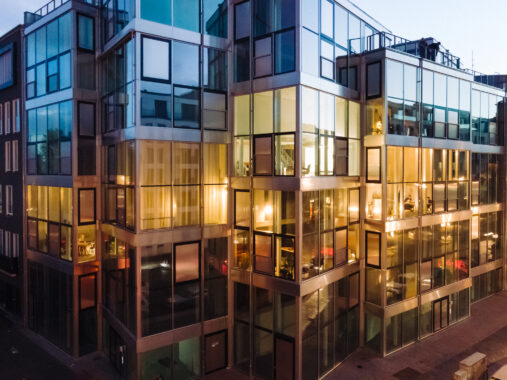 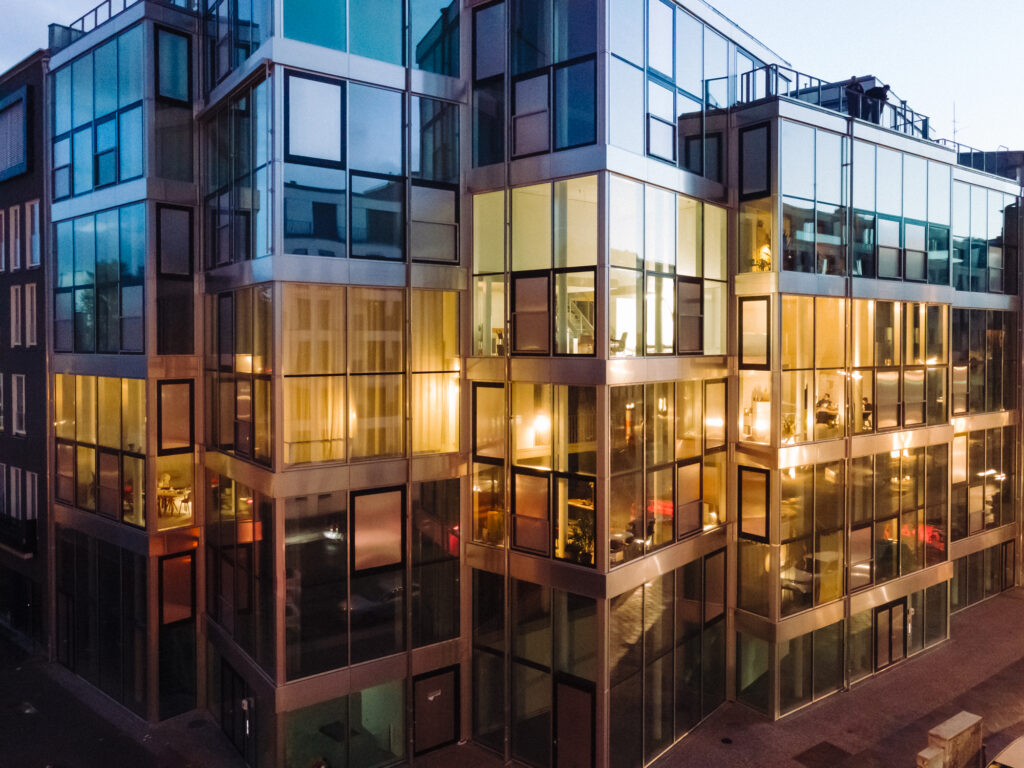 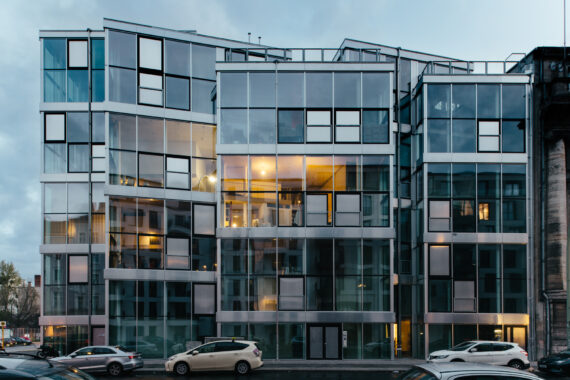 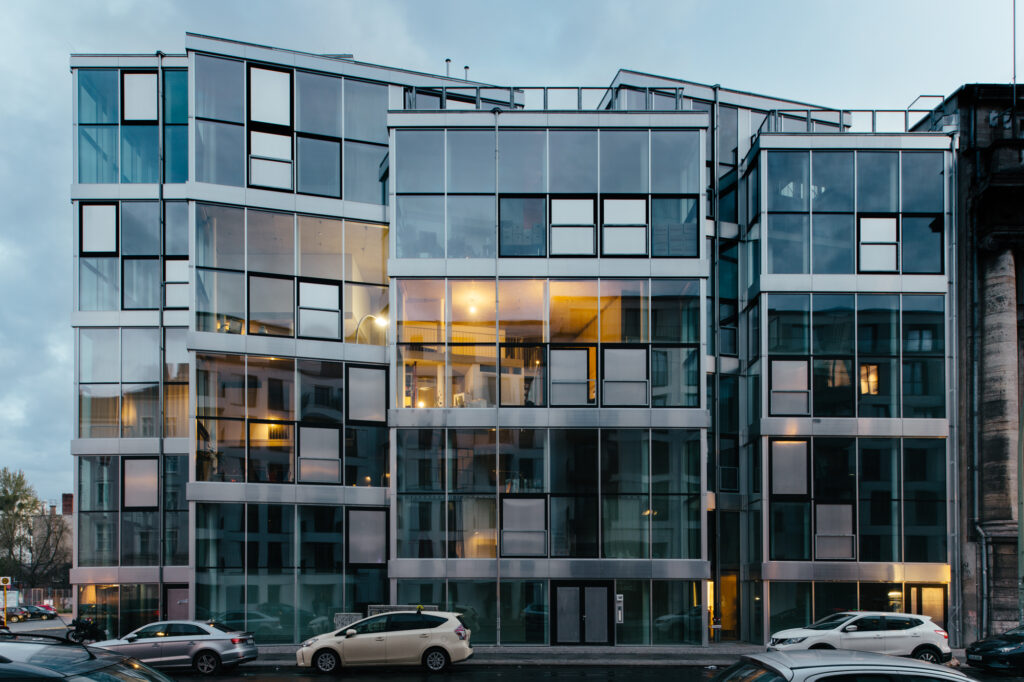 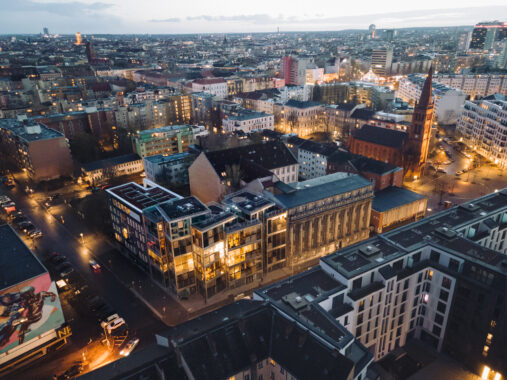 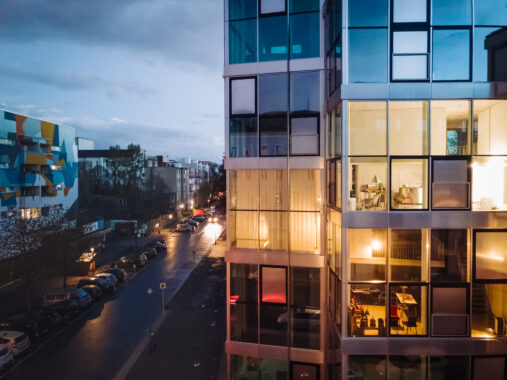 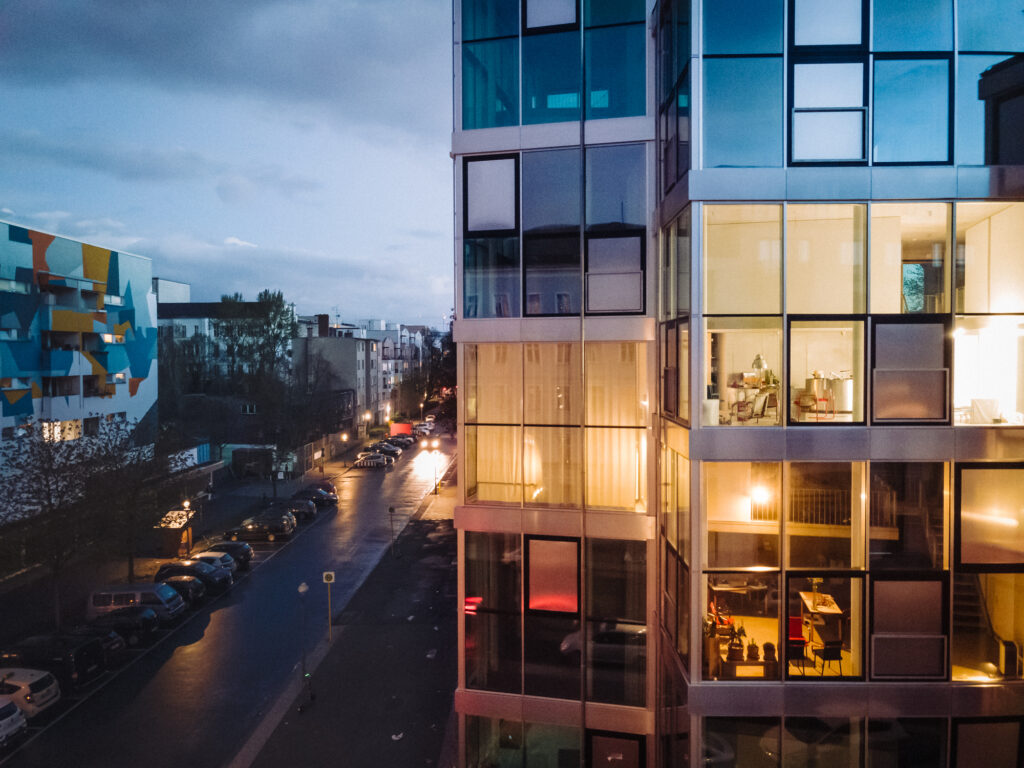 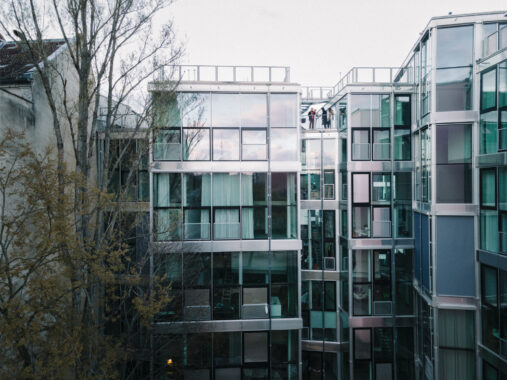 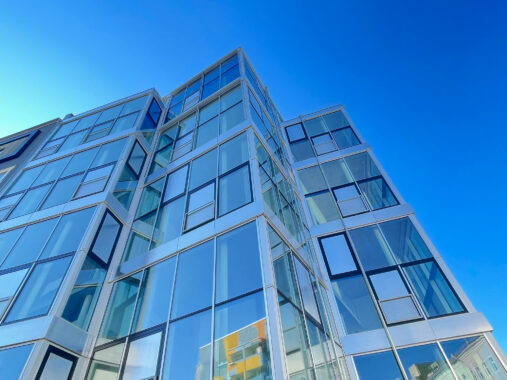 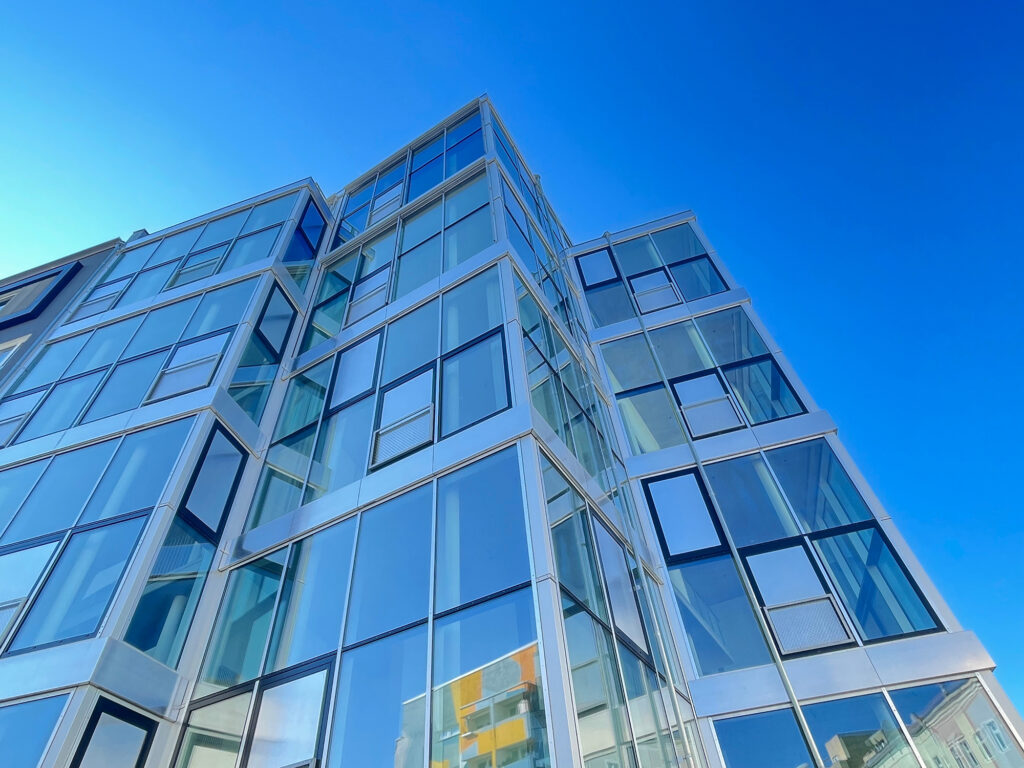 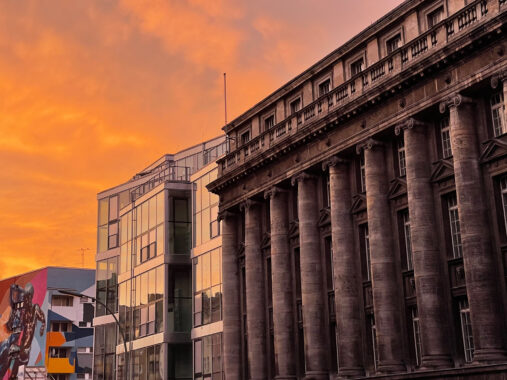 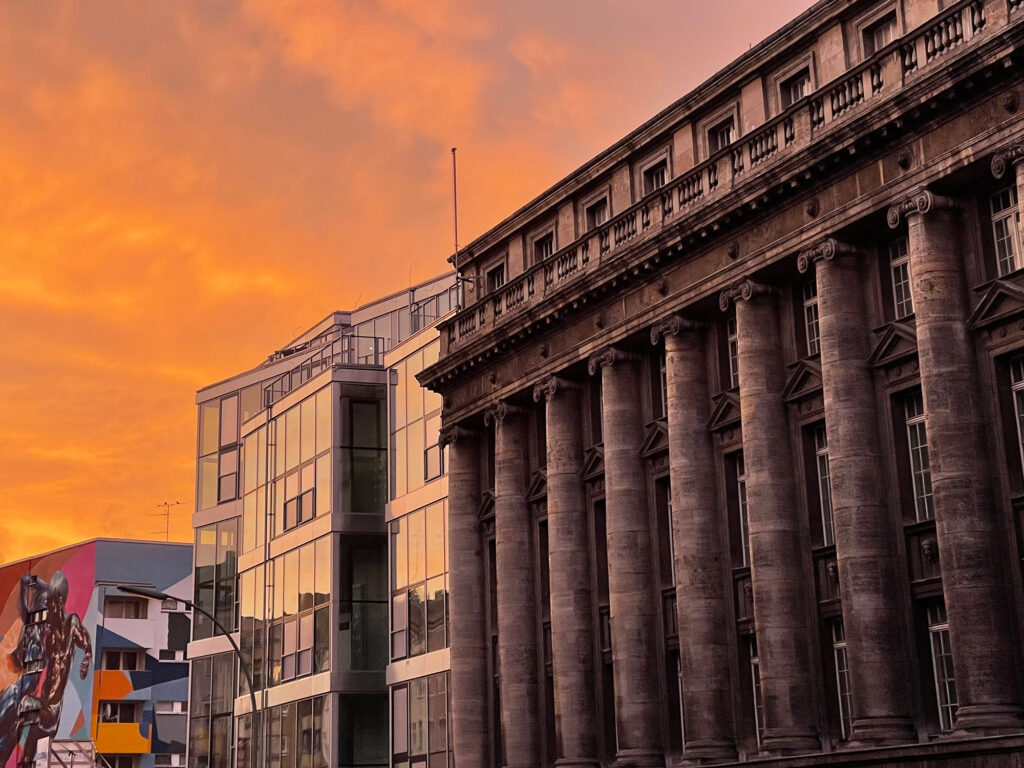 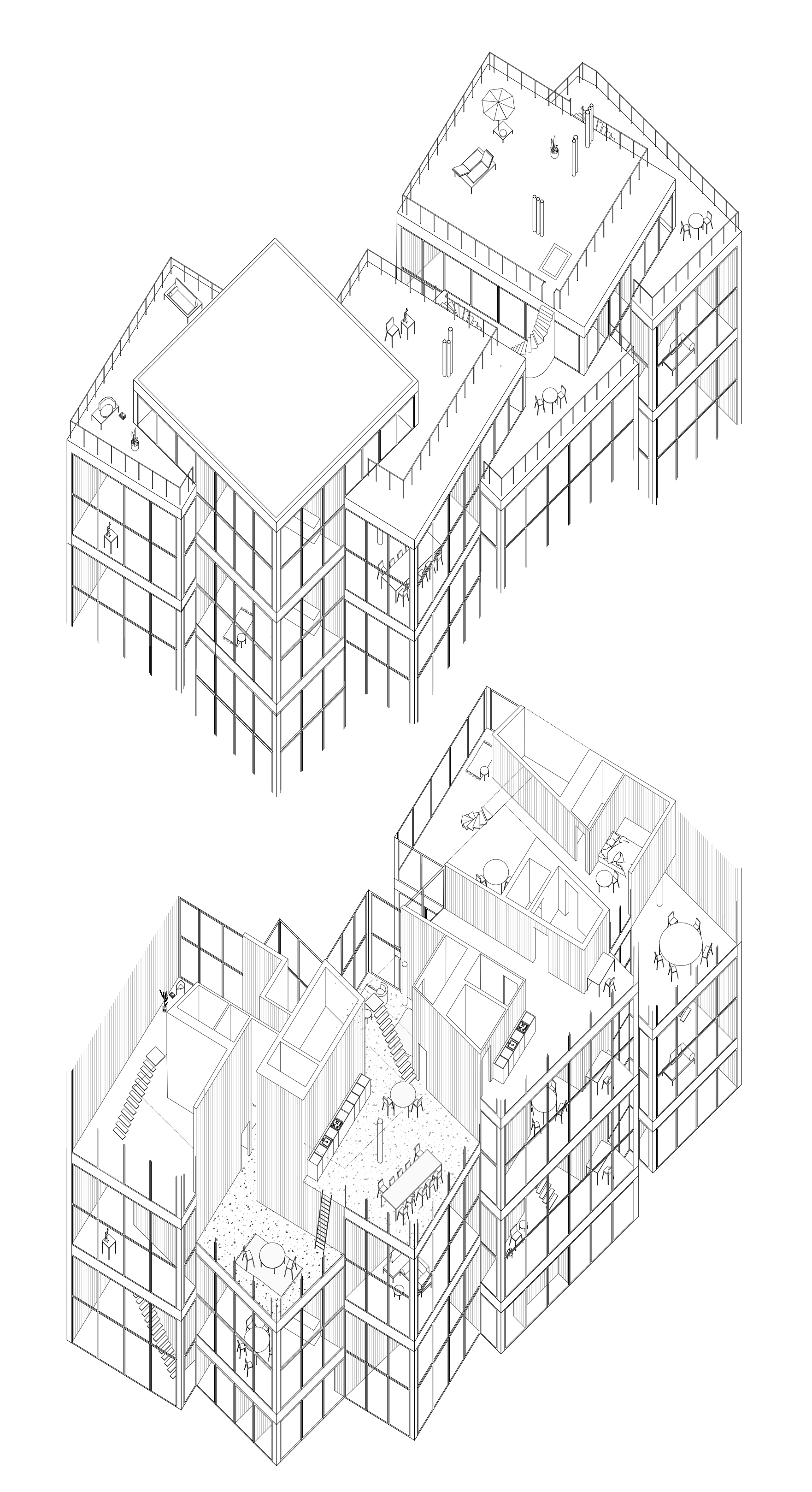 In our era of digital atomization, the notion of the commune feels both anachronistic and, perhaps, nostalgically out of reach. Meanwhile, in the real world, we continue to tangibly exist amongst other people – side by side on the train, in various cubicles of approximately equal size, or standing in line for any number of reasons.

So we ask: How can we live together differently?

There are countless, reasons – ranging from privacy concerns to simply knowing better –we no longer completely give ourselves up to collective living. Nor do we want to continue living as we have. With its shift in life, work-life, and family structure, our late modern life feels misaligned with building traditions of the past. …So then, how can we renegotiate our private spaces to make our lives more open?

As a response to this thinking, we propose/present Kurfürstenstrasse 142 (Kufu 142). We believe people can live differently and, to invite new possibilities, we’ve created a house that not only remains open – both to the world and its residents – but by the nature of its design, has the potential to start a new dialogue with the habits of its residents.

Kufu 142 consists of six towers with facades parallel to the surrounding streets. The towers overlap vertically and horizontally, with floors interlaced like fingers.

While they vary in square meters, each unit consists of one double-high space passing through the building, with windows facing both the public street and the private courtyard. Except for bathroom enclosures, there are no interior walls. Therefore, privacy or connection stems from the placement of corners, levels, and sight-lines.

Most apartments have four adjacent neighbors and, where the units interlink, lower-height spaces are formed. The overlap can belong to either adjoining apartment, creating rooms for either or in between rooms. There are no clear boundaries between units and no hallways – therefore, the living space can be seen and used as one continuum. As such, there are potentially infinite ways of traveling through the building and, because the units merge. The structure calls for a rethinking of current definitions of community. In this way, the whole building has the potential to be opened, each space connected with several others, allowing residents to choose when, what, and with whom to share their lives.

The architecture does not enforce cohabitation nor sharing. Rather, the structure’s flexibility allows residents to create their private and shared spaces according to their own needs. The intersecting lower areas can potentially be shared between neighbors – as a guest room, home cinema, music room, kitchen, and so on. Residents are invited to renegotiate the traditional boundaries between themselves and their neighbors – and to venture opening new public space for shared interests. The goal is for the building to find new ways of merging and meeting, challenging residents to use the space in new and different ways. This enables new relationships on a small but significant level to arise at each threshold. These overlaps are not a symbolic part of the plan, but rather create real opportunities for sharing between neighbors. Or, as Lars Müller said early on, “I do not want to own. I want to use.”

The building also strives to engage with the community around it. Directly in front, on Kurfürstenstrasse, is one of the oldest and most unique prostitution strips in Berlin. This Northern exposure is loud and connects the building to the city’s street life, while also contrasting sharply with the staid, quiet, and green garden to the south. The architecture responds to these two drastically different aspects of life and is not intended as a moral comment nor playful irony. It simply posits that people need to feel connected to both the urban landscape and nature – because both are beautiful and make us feel alive.

The street becomes part of the house and is part of the negotiation, allowing anyone on street level to look not just into the lives of residents, but literally through their spaces. The through-level windows also act as a convenient metaphor for the transparency and openness represented by the living spaces.

In a similarly welcoming gesture, the sawtooth arrangement of the towers breaks up the impenetrable wall of the European block structure that  divides public from private.  Kufu 142’s broken line makes the border blurry, creating a space that changes the relationship to the street. Even the corner itself has been given over in favor of more public space.